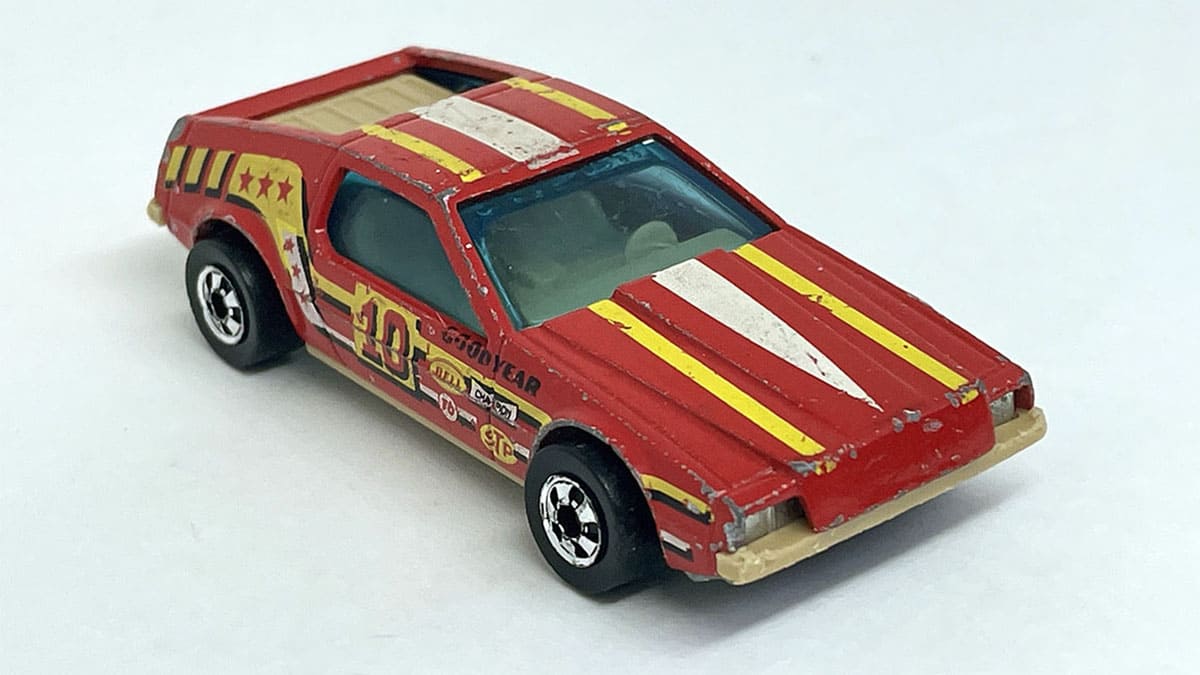 However, for reasons unclear at the time, DMC ended up not providing the license to Mattel, Years later it became known that this was due to an agreement between DMC and Matchbox (which at the time did not belong to Mattel yet).

To recoup the costs of the design and molds development, Bob Rosas, Product Development Manager at Mattel, convinced the company to make minor modifications to the existing molds to change the model enough so that it was no longer a DeLorean copy.

And that’s how Hot Wheels Turismo was born! It was launched in the 1981 line and was produced until 1984. The 81 and 82 models were made in red color, with yellow, white and black graphics, and with the number 10 on the side. Also, on the doors, there were stickers from brands like Goodyear , Bell, 76 , STP and Champion . The only difference between the 81 and 82 models is the color of the plastic parts (interior, rear deck, bumper). On the 81, it’s beige, on the 82, black.

In 2015 Hot Wheels released two DeLoreans with similar graphics to the Turismo: a regular version and a Super Treasure Hunt version. 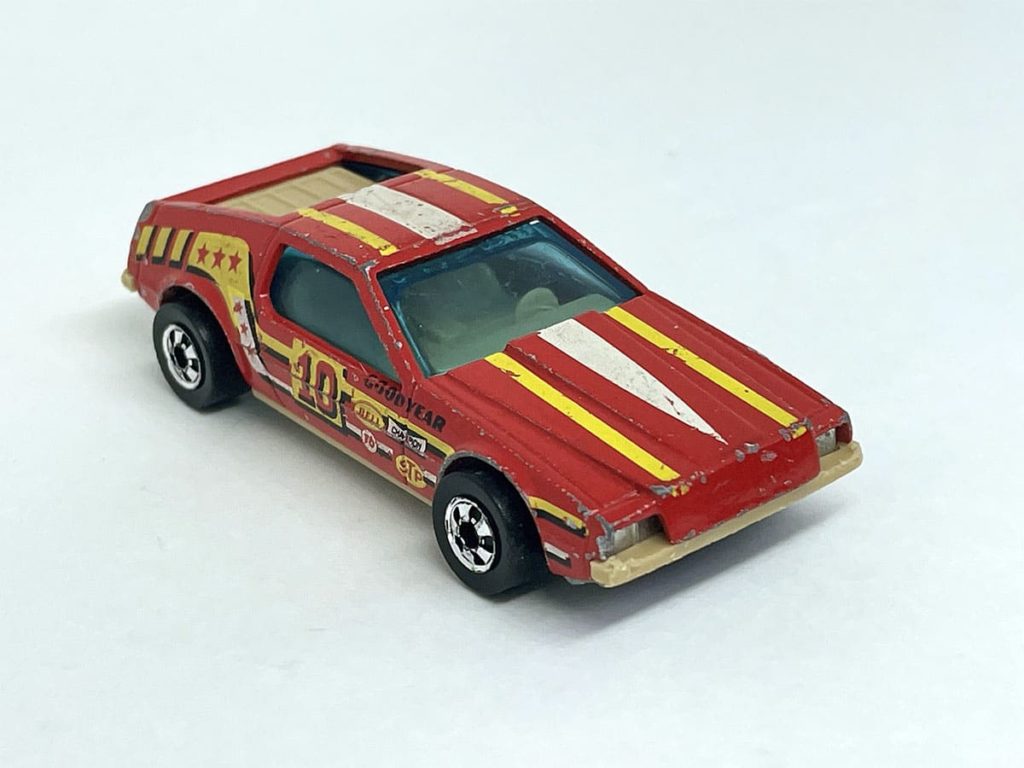 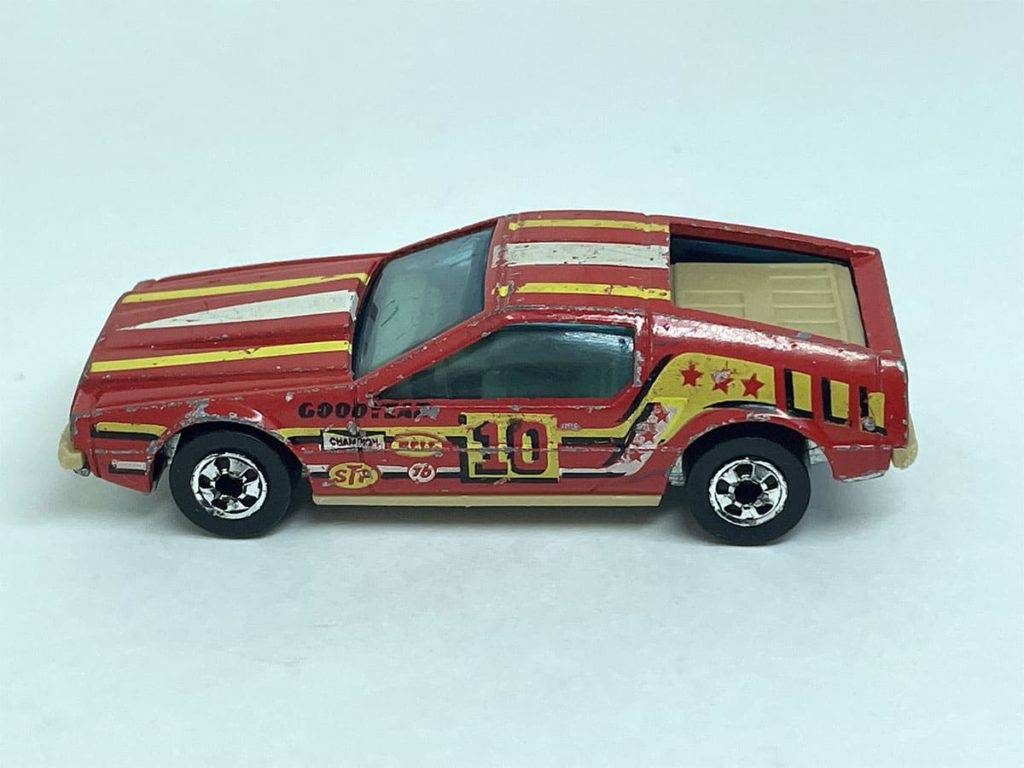 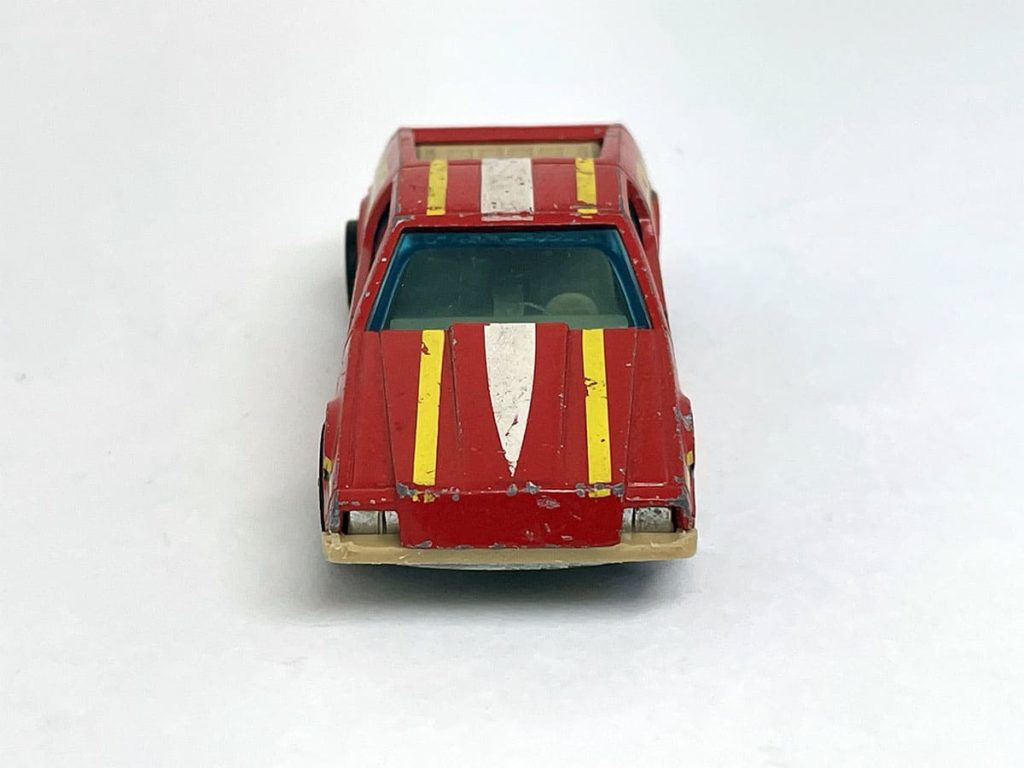 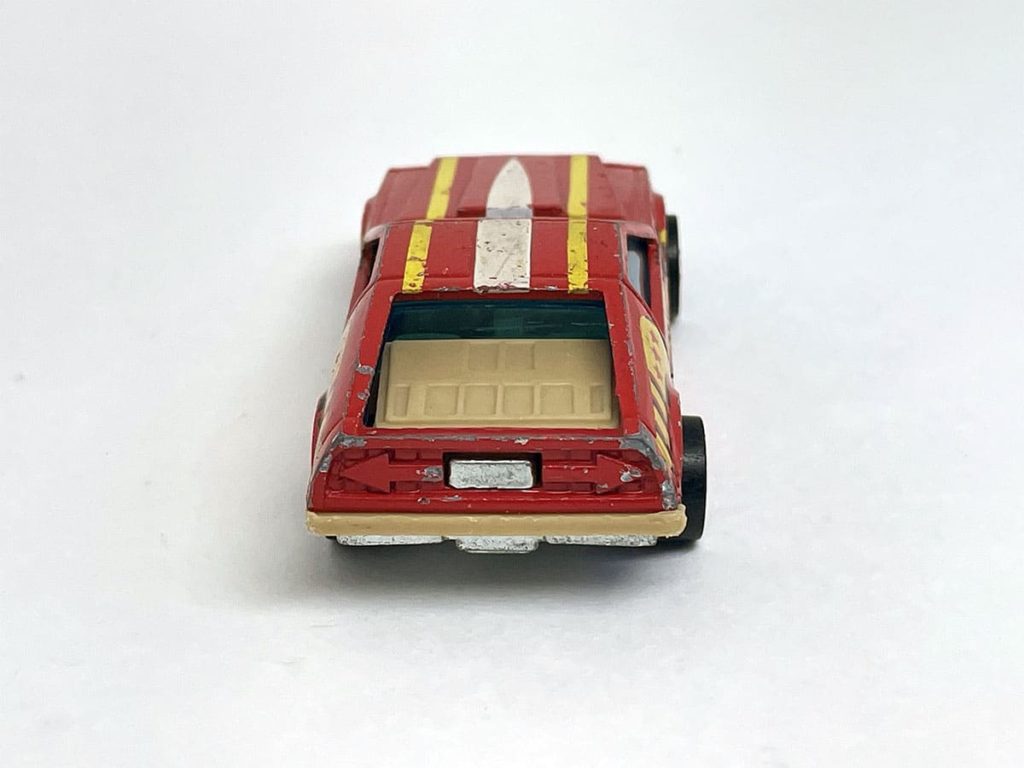 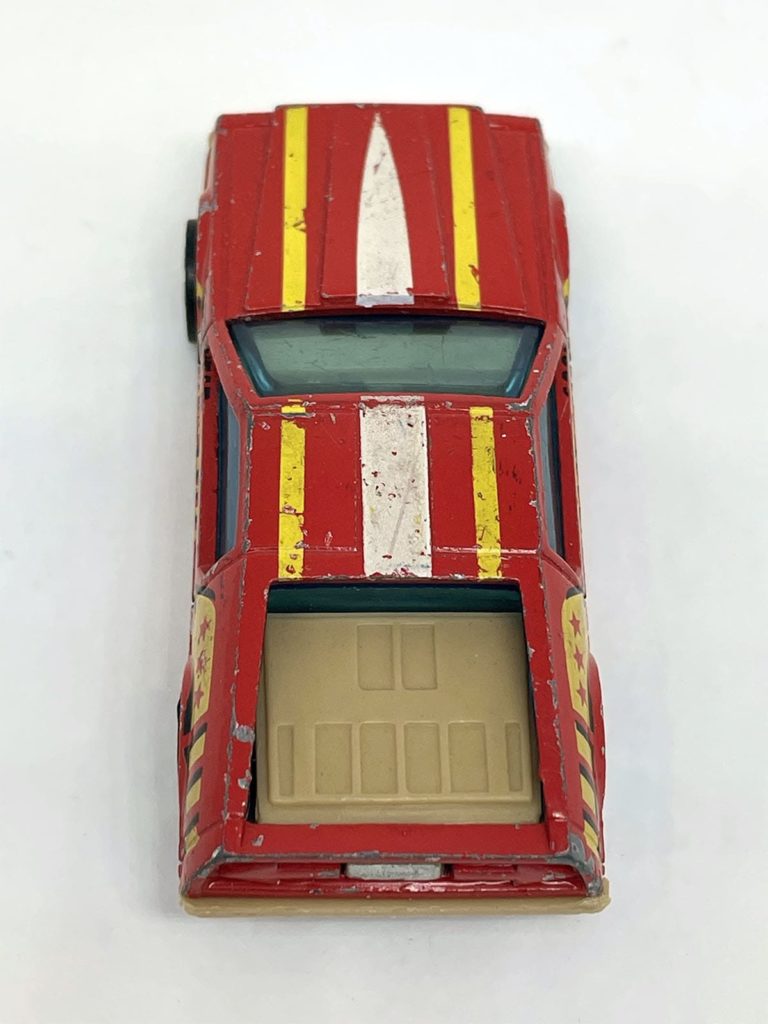 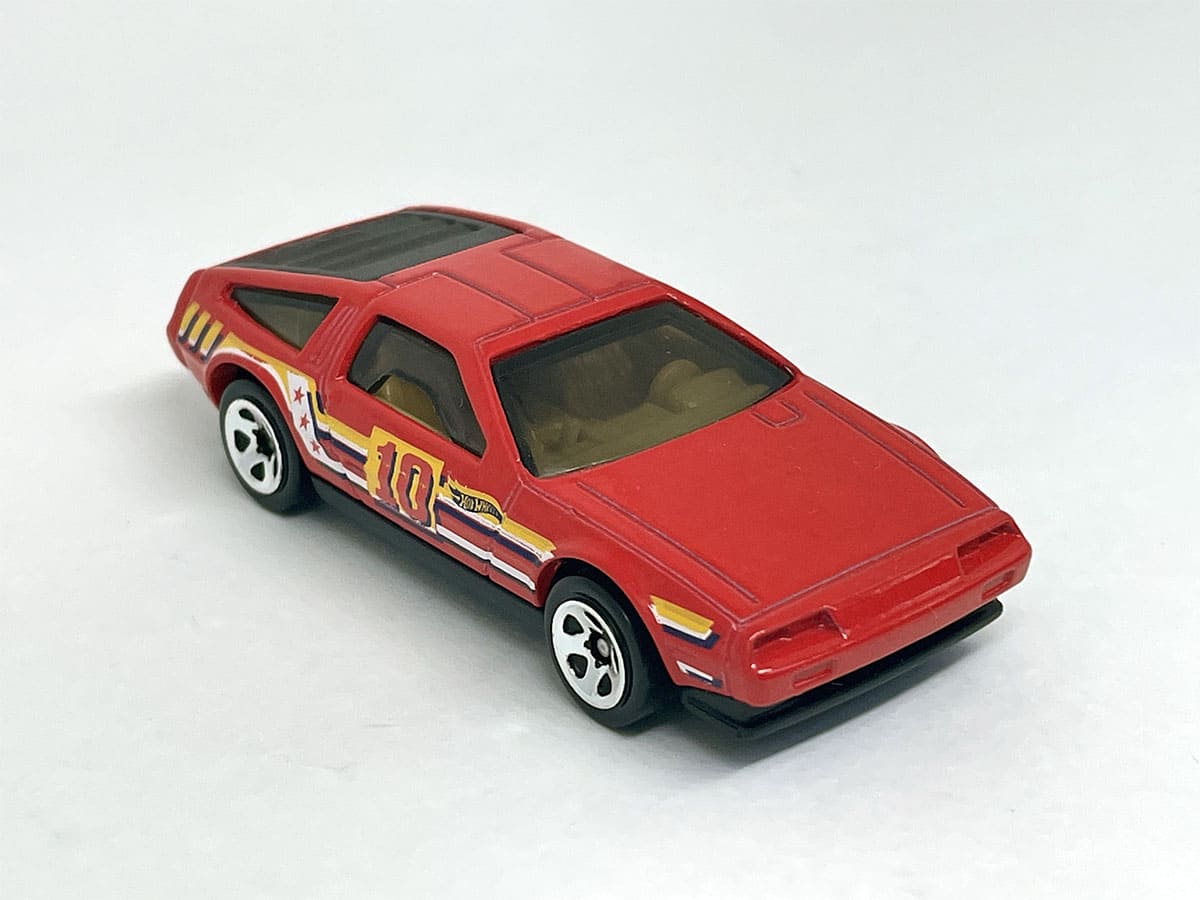 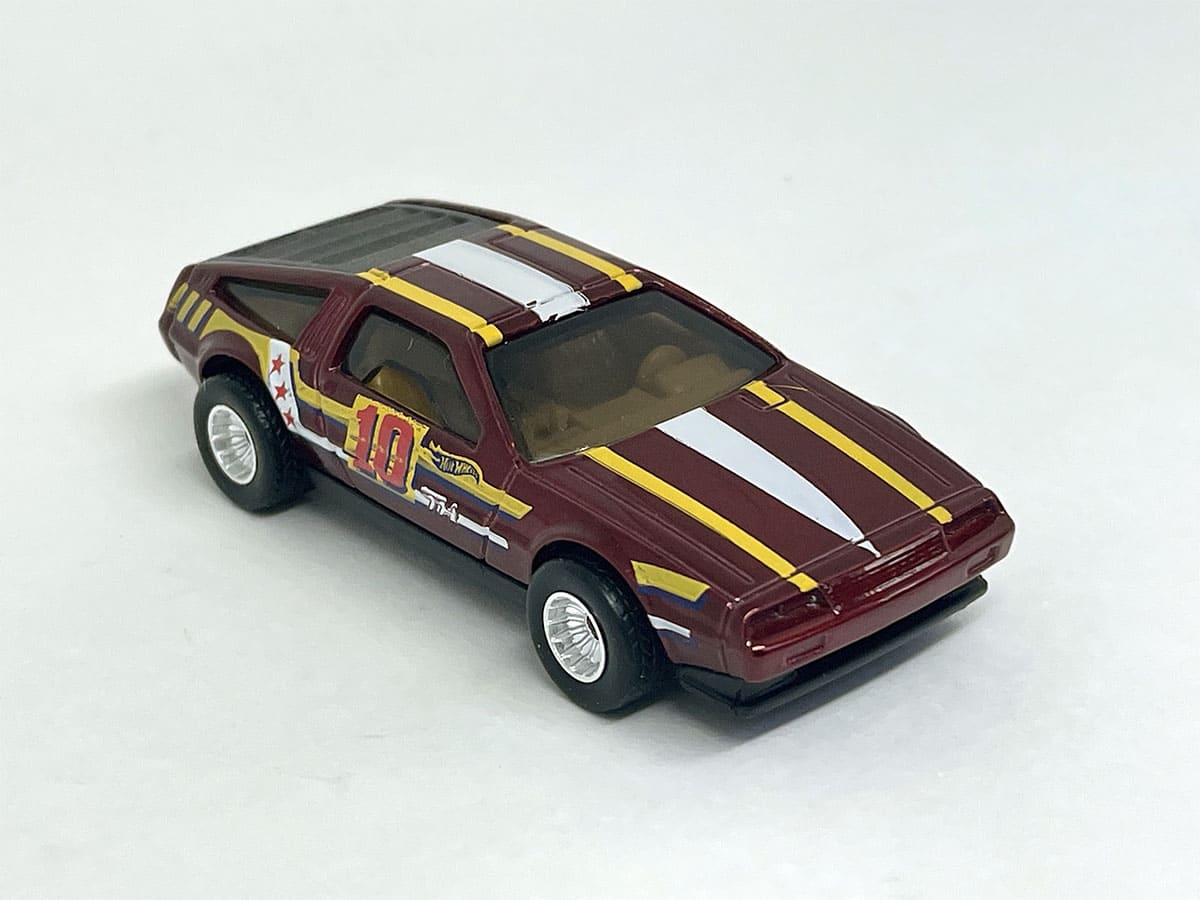